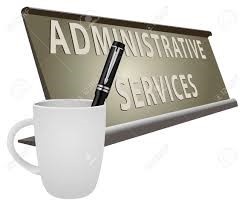 The Law Regulating Companies Providing Administrative Services and Related Matters N196(I)/20212 was amended so that the preparation and management of the application for a residence permit or naturalization under the current Cyprus Investment Program falls under the definition of an administrative service for the purposes of the law.

The amendment is included under Article 4 ‘Administrative Services’, paragraph (c) of subparagraph (1) of the Amending Law 114 (I)/2020.

The Parliament of Cyprus adopted new rules for the citizenship programme for investment. The amendments are aimed at improving the screening of applicants and changing requirements in line with the interests of the country.

The Parliament discussed changes to the citizenship program for investments on Friday, July 31. As a result of the voting, 2 draft laws and the updated rules of the program were adopted. The texts of laws and regulations have not been published yet, but some changes are known.

The new rules of the program, which the government submitted to the parliament for consideration provided for :

The variety of investment options and minimum amounts were to be left unchanged.

There was also a restriction on the issuance of passports to investors – up to 700 per year.

The new rules of the Cyprus Citizenship for Investment Programme will improve the reputation of the country’s passports. For investors, this means greater opportunities, and increased trust from business partners.

Following the Department’s Announcement, dated 23rd March 2020, concerning the “Measures to assist companies affected by the restrictive measures imposed to limit the spread of the Coronavirus”, and in particular with regards to the measure of the submission of the 2020 Annual Report, the Department has announced that the Annual Report with date of preparation from 01st January 2020 until 31st December 2020 can be submitted to the Department until 28th January 2021, without imposing the fee of €20 for overdue submission.

The Department of Registrar of Companies and Official Receiver announced that the Special Levy for the year 2020 will remain €350 until the 31st December 2020 without the imposition of additional charges.

The Basel AML index is published annually since 2012 and it remains the only independent, research-based index by a non-profit organisation ranking countries according to their risk of money laundering and terrorist financing (ML/TF).

The Basel AML Index measures the risk of ML/TF in countries around the world. Risk is defined broadly as a country’s vulnerability to ML/TF and its capacities to counter it. It does not measure the actual amount of ML/TF activity in a country.

Risk scores are based on data from publicly available sources such as the Financial Action Task Force (FATF), Transparency International, the World Bank and the World Economic Forum. They cover 16 indicators in five domains relevant to assessing ML/TF risk at the country level:

The Basel AML Index ranks countries based on their overall scores, capturing the complex global nature of ML/TF risks and providing useful data for comparative purposes. However, the primary objective is not to rank countries superficially in comparison with each other, but to provide an overall picture of different countries’ and regions’ risk levels and their progress in addressing vulnerabilities over time.

The Basel Institute has conducted extensive research in calculating the risk scores following academic best practice. The methodology is reviewed every year by an independent panel of experts to ensure that the ranking is accurate, plausible and continues to capture the latest developments in ML/TF risks.

The Basel AML Index follows the World Bank classification of countries, with an additional separation of Europe and Central Asia into two regions:

While each country has different risks, we do see particular trends and problem zones in each region that help highlight weak links and areas to address.

Global money laundering risks remain high, with an average in the 2020 Basel AML Index of 5.22 compared to 5.39 in 2019. Few countries are making dramatic progress in addressing these risks. In fact, only six countries improved their risk scores by more than one point. 35 countries went backwards.

Of course, major shifts in global risk patterns cannot be expected from one year to another. What’s interesting, when a phenomenon is stagnant like this, is to really drill deeper into the underlying causes. One area in which countries score poorly across the board is the quality of AML/CFT supervision.

The factors which contribute to ineffective supervision have been identified as follows:

The example of analysing the quality of supervision and its role with respect to the overall effectiveness of AML/CFT systems is also very pertinent to demonstrate that numbers should never be taken at face value. Policymakers and analysts will need to consider features of the FATF methodology (including for effectiveness) before drawing conclusions. In addition, they need to look not only at the overall scores or at individual sub-indicator scores, but also at how the scores in different sub-indicators relate to each other and may mutually influence each other.

By way of example, the data shows that jurisdictions that are scoring well with respect to the effectiveness of supervision often score poorly in the category political and legal risks. What does that mean for the quality and manner in which the supervisory regimes operate and are executed?

Another comparison which could be looked at, again at the level of sub-indicators and their interrelation, is that countries that score poorly on political and legal risks often score quite strongly with respect to the effectiveness of their AML/CFT regimes, especially in terms of case numbers and sanctions.

In other words, where countries score at highly opposite ends of the spectrum on certain sub-indicators, we need to look beyond the overall score in order to make sure we draw the right conclusions and, as a consequence, are promoting the right reforms to further advance that country’s AML/CFT performance.

Culture is arguably the most beneficial asset a business can have: it can impact on performance, reputation, profit and growth in equal measure

So much has been written about culture in recent years that we are in a position now where most businesses and business leaders understand its value. Compliance culture is a really important element that can impact on the wider cultural challenges that a firm could face. Your long-term success as a company strongly relates to how well you’ve managed to define your ethics and compliance, both inside and outside the organizational structure. A mistake made by many businesses – small or large – is to leave this in the realm of the abstract.

In a business environment where reputational threats lurk around every corner, a strong culture of ethics and compliance is the foundation of a robust risk management program. The lessons learned related to scandals and organizational crises that trace back to the early 2000s make one thing clear: without an ethical and compliant culture, organizations will always be at risk. More and more, culture is moving from a lofty concept to something that should be defined, measured, and improved.

Culture is the foundation

A code of ethics provides companies and employees a structure on which to build an organizational culture of accountability and transparency. While in some cases, the law already covers conduct within the workplace, companies can take this extra step to establish a code of behavior inside the workplace.

That means there’s less room for mistakes, as both employees and employers have a set of guidelines to respect. Furthermore, having a clearly defined organizational culture can help improve employee performance even in the management sector, particularly when the set of values reinforced within the code of conduct is in line with the individual’s own set of values.

Culture has always been important to how organizations operate. So why is it getting so much attention lately? One reason is that Regulators have come to the realization that without a culture of integrity, organizations are likely to view their ethics and compliance programs as a set of check the-box activities, or even worse, as a roadblock to achieving their business objectives. In fact, organizations responsible for some of the most nefarious acts of misconduct have had quite impressive, formalized ethics and compliance guidelines.

Grounding a culture in integrity

There were some common messages with regard to culture that many companies integrated into their ethics and compliance programs:

While a strong office culture won’t necessarily change people’s values, it can influence the way they behave within the workplace. Organizations with strong positive cultures create trusting relationships with stakeholders. In our experience, those relationships become reciprocal; that is, stakeholders trust the organization and the brand. This creates employee, customer and supplier loyalty. A strong culture helps to build positive relationships with regulators and it helps attract long-term customers. Ultimately, a culture of integrity is reflected in superior, long-term performance.

None-the-less, creating an effective compliance program requires companies to go beyond a list of written rules. It requires instilling a top-to-bottom environment of achieving business goals with a commitment to compliance. It involves using compliance monitoring tools to identify and mitigate potential risk such as risk management systems, data analytics and company wide open reporting.

In addition, employees must be properly trained on a firm’s internal policies and external regulations, and this understanding should be reviewed periodically to embed the learning. Live and online training helps employees believe to their core that their conduct is right for the company, right for them, and something to be proud of. Indeed, today’s employees’ value corporate culture more than ever. 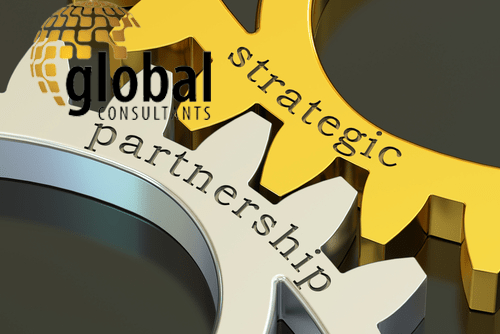 We are pleased to announce that Global Consultants has entered a strategic partnership with a leading regulated financial institution in England and Wales. The partnership will enable Global Consultants clients to benefit from global access to over 140 currencies, institutional levels of pricing and execution and competitive spreads in foreign exchange trading.  Same day account set up and payment processing is also available.

We have also affiliated with one of the largest alternative investment managers in Cyprus comprised of real estate, credit and private equity managers. Throughout our affiliate we provide investment services to high net-worth individuals, international companies and institutional clients, assisting them in structuring and managing their global investments and wealth. Managed investments in real estate, credit and private equity.

Another new collaboration has been formed with one of the leading regulated financial institutions in the UK.We can assist you in obtaining mortgages and bridging loans for purchasing of commercial and residential property in the UK. Mortgages up to 80% of the value of the property at very low interest costs.

An accountant performs financial functions related to the collection, accuracy, recording, analysis and presentation of a business, organization or company’s financial operations.

END_OF_DOCUMENT_TOKEN_TO_BE_REPLACED

Accountants have been around for just about as long as humans have engaged in trade and commerce. This makes sense, because if we want to do business with each other in any kind of organized way we need a system to keep track of all of these exchanges. And that’s where accounting comes in. Double-entry bookkeeping emerged in Medieval Europe and has been used by business big and small ever since. Thankfully, today we have handy accounting software to help us manage our financial records and no longer have to rely on manually- completed ledgers and spreadsheets.

END_OF_DOCUMENT_TOKEN_TO_BE_REPLACED

Cyprus has one of the youngest populations and workforce in the European Union (EU). The country has a strong and fast-growing education system. Since 2000 enrolment in Cypriot universities has grown faster than in any other EU country. Almost half (46%) of the workforce has a tertiary degree, one of the highest percentages in the EU. Many Cypriots further strengthen their education by studying abroad — more Cypriots earn degrees from foreign universities than citizens of any other  EU country. Cyprus has a booming private education sector. A greater proportion of students go to privately funded and managed schools than any other country in the EU.